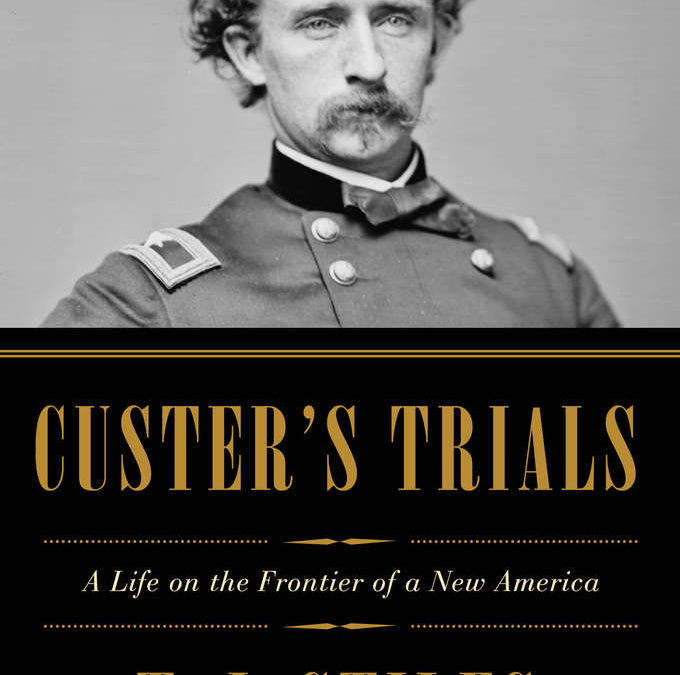 A while back, I received a review copy of Custer’s Trails by TJ Stiles and finally got around to finishing it and thought I would share a quick review. 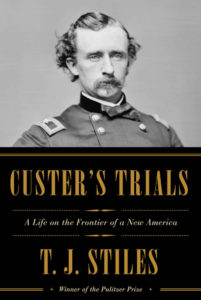 From the Pulitzer Prize and National Book Award winner, a brilliant new biography of George Armstrong Custer that radically changes our view of the man and his turbulent times.

In this magisterial biography, T. J. Stiles paints a portrait of Custer both deeply personal and sweeping in scope, proving how much of Custer’s legacy has been ignored. He demolishes Custer’s historical caricature, revealing a volatile, contradictory, intense person—capable yet insecure, intelligent yet bigoted, passionate yet self-destructive, a romantic individualist at odds with the institution of the military (he was court-martialed twice in six years).

The key to understanding Custer, Stiles writes, is that he lived on a frontier in time. In the Civil War, the West, and many areas overlooked in previous biographies, Custer helped to create modern America, but he could never adapt to it. He freed countless slaves, yet rejected new civil rights laws. He proved his heroism, but missed the dark reality of war for so many others; a talented combat leader, he struggled as a manager in the West.

He tried to make a fortune on Wall Street, yet never connected with the new corporate economy. Native Americans fascinated him, but he could not see them as fully human. A popular writer, he remained apart from Ambrose Bierce, Mark Twain, and other rising intellectuals. During Custer’s lifetime, Americans saw their world remade. His admirers saw him as the embodiment of the nation’s gallant youth, of all that they were losing; his detractors despised him for resisting a more complex and promising future.

Intimate, dramatic, and provocative, this biography captures the larger story of the changing nation in Custer’s tumultuous marriage to his highly educated wife, Libbie, their complicated relationship with Eliza Brown, the forceful black woman who ran their household, as well as his battles and expeditions. It casts surprising new light on a near-mythic American figure, a man both widely known and little understood.

First, let me state that this is a Pulitzer Prize-winning book. Most individuals recognize the name George Armstrong Custer due to his association with the Battle of Little Big Horn. Stiles has done a terrific job of detailing Custer’s pre-Little Big Horn life. From his poor, humble beginnings to his years at West Point where he graduated last in his class.  The book follows Custer as he becomes a general in the Civil War and afterward until that fateful day at Little Big Horn.  Stiles describes in detail the life of a brash and self-involved individual forced to reinvent himself at several points in his career.

Custer’s Trials is 472 pages of a most thorough, detailed, and well-supported biography. The cast of characters is rich, and most are well known, but even the lesser known help to paint the portrait, often filling in gaps.  Love him or hate him, Custer was a great soldier during the Civil War.  This book is an enjoyable read for anyone interested in Custer, or those who are interested in learning more about our nation’s history.