​Today’s classroom is full of Civil War stories, but very few explore the impact the war had on the future of medical advancements in the United States.  The Mütter Museum, America’s best-known museum of medical history located in Philadelphia, has developed online lessons to share the untold social and medical dimensions of the Civil War with high school students and teachers nationwide.

The lessons, which are free and available to all, explore unique topics including: 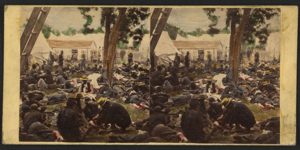 Explore all ten lessons from The Mütter Museum or join Robert Hicks, director of the Mütter Museum, in a nine-part online miniseries that explores the vital role of people, places, and events in Civil War era Philadelphia.