My latest in my Civil War in Color series is of the Officers of Company F, 2d New York Artillery at Fort C.F. Smith.  The original image was taken in June 1865 by photographer William Morris Smith. Fort C. F. Smith was a small fort built in 1863 and was located in Arlington, Virginia and was named in honor of General Charles Ferguson Smith.  Smith died from a leg infection that was aggravated by dysentery on April 25, 1862. The fort connected the Potomac River to the Arlington Line. The Arlington Line was a line of forts to protect Washington D.C. and the Aqueduct Bridge of the Chesapeake and Ohio canal from the Confederates.

I enjoyed colorizing this image because of some of the small details that can be seen under magnification.  For example, several of the soldiers have a rosette on their left arm.  It is also interesting to ponder the age of the officer who is 2nd from the left.  He looks to be in his teens but is wearing a wedding ring. 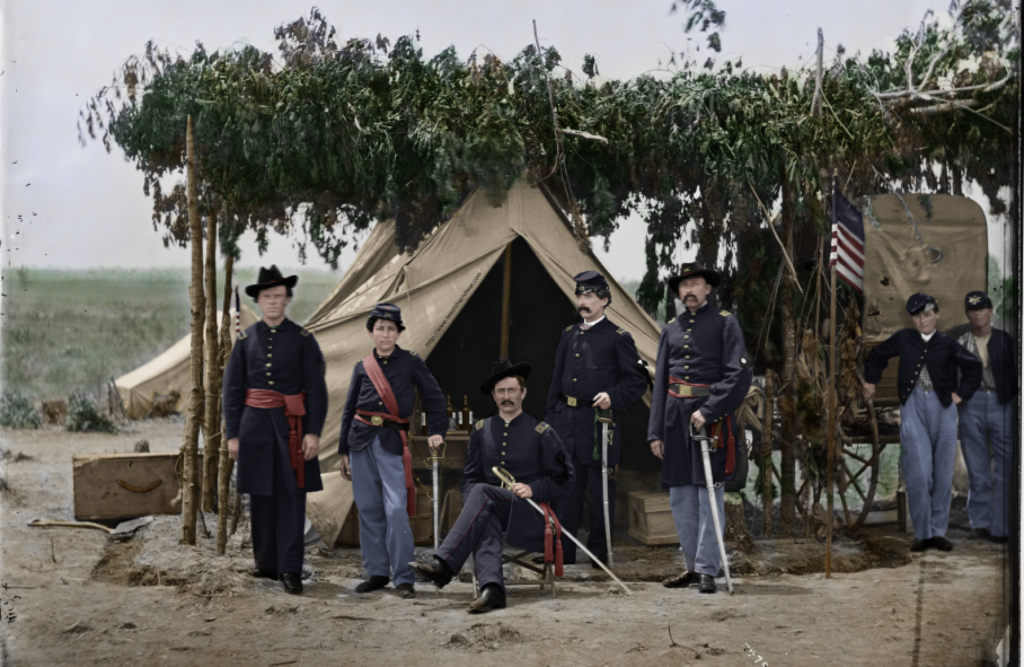 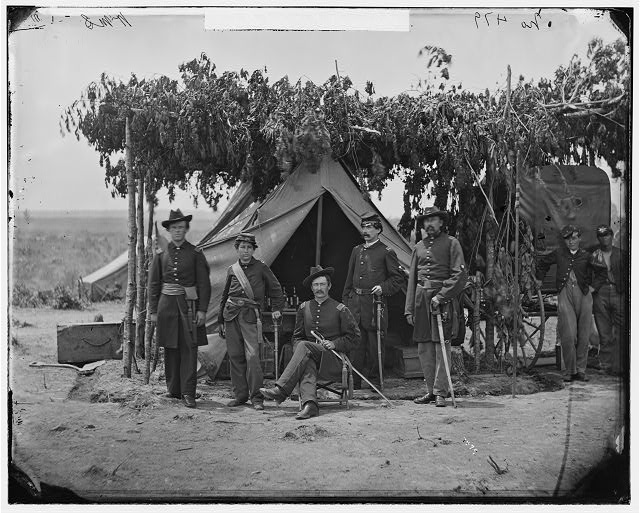